Emilio Isgrò on the Battle of Anghiari by Leonardo Da Vinci

A new work on display

The subject is one of the most interesting, studied and intricate of the Renaissance, so that contemporary ideas on the subject which have been deeply reflected and rendered, represent points of exceptional vitality in humanistic thought.

Isgrò will look at the subject of the battle by Leonardo interpreting the genius from Vinci's state of mind, entering deeply into the human event, beyond that of the historical and artistic, using a universal key to the reading but also the multiplicity of contemporary interpretations.

The exhibition-event will be held in the heart of the fortified Tuscan town from 1 May to 4 August 2019, encompassing the anniversary of 29 June, the day of the armed encounter in 1440, when the florentines beat the milanese on the plain below the town.

Emilio Isgrò is an artist – but also a poet, writer, dramaturge and director – one of the best known and prestigious names in Italian art at the international level. During the 60's his work as an editor and journalist naturally and necessarily turned towards a new and original language. In fact, in 1964 the artist produced his first work: the “erasing” of texts, applied to encyclopedias and books. Isgrò subsequently will make his distinctive and recognizable mark on maps and even on cinematographic films. His work is a fundamental contribution to the birth and development of visual poetry and conceptual art. “La cancellatura (erasing) “ says the artist “is not just a simple negation but rather an affirmation of new significances: it is the transformation of a negative sign into a positive gesture.” 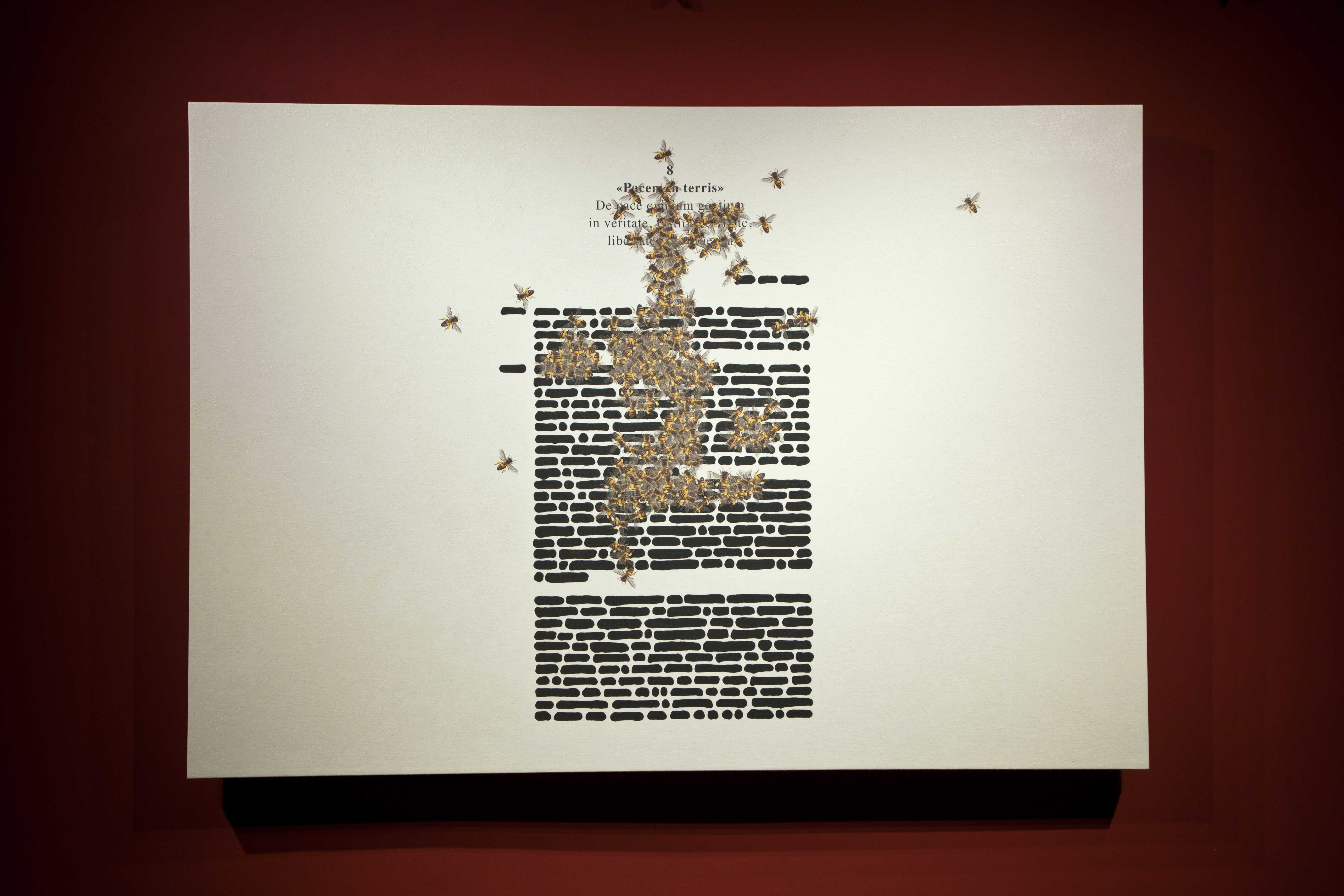