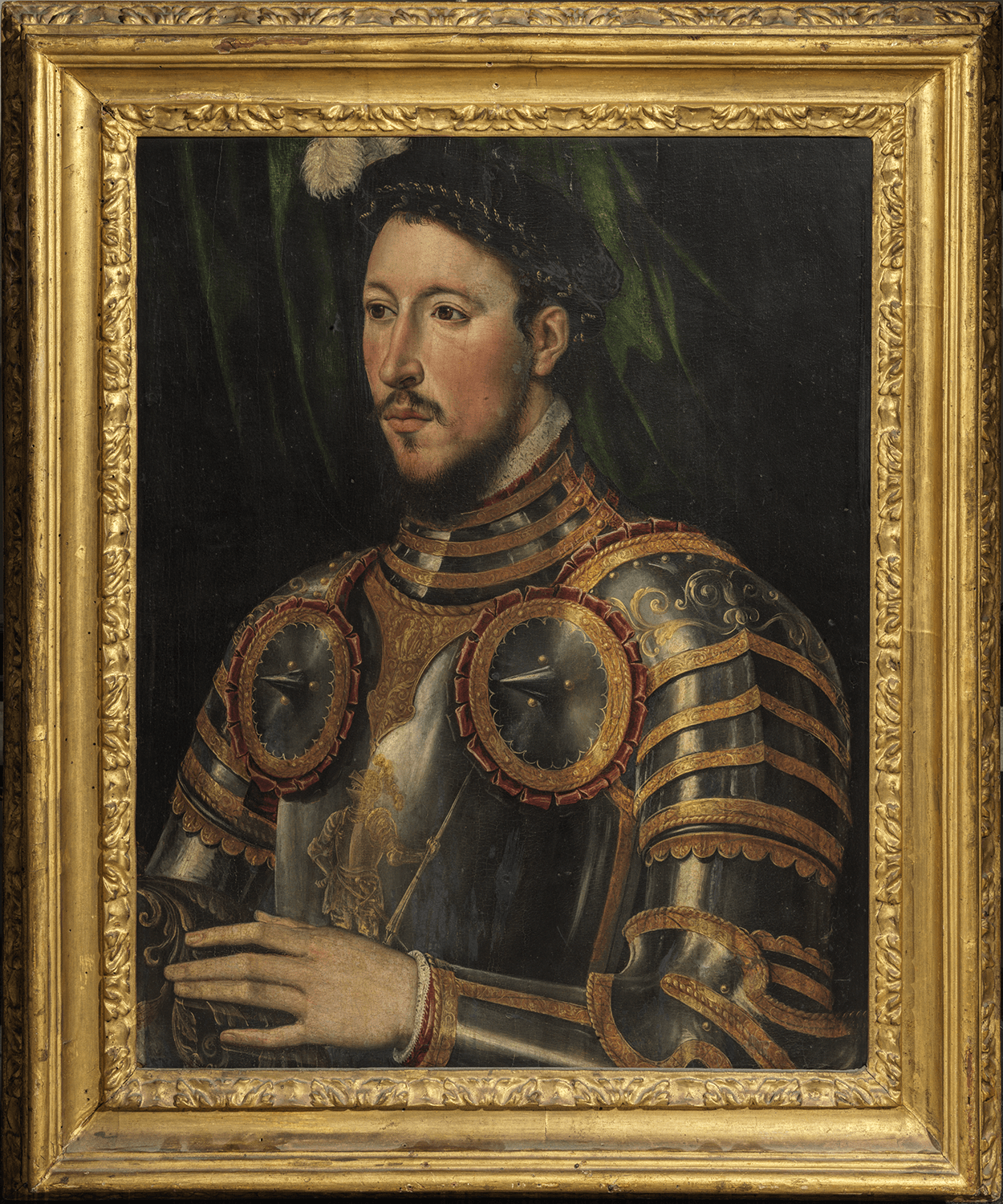 The work was assigned to Bronzino in the early twentieth centuryand subsequently to Alessandro Allori, and was then attributed to an anonymous French artist, this latest hypothesis being considered the only one to be correct.

The young man in armour with his hand resting on his helmet has a posture that mirrors the much more famous portrait of Cosimo I de’ Medici painted by Bronzino around 1545 and replicated in numerous copies. Precisely the position of the sitter could suggest the hypothesis that it may be part of a matching pair.  It is interesting how the shape of the plumed hat and the armour with gilded parts and the rivets also of gold have been treated, but with a systematic abundance of decorations and figures that are nowadays enigmatic.  The seal under the gorget of the armour depicts what looks like a Minerva inside a laurel crown supported by two winged characters. Below, on the breastplate, there is a man in armour with a plumed helmet, sword at his side and a spear. It is precisely the armour, so rich and complex, together with the bearing of the man, that introduces the theme of the transformation of the fifteenth-century man-of-arms who in the sixteenth century tends to become a man of the court and a confidant, as, for example, the well-known Baldassare Castiglione (Casatico, 1478 – Toledo, 1529).

The artwork is currently on the display in the exhibition “The civilization of weapons and the Courts of the Renaissance”.

Courtesy of the Ministry of Culture – Le Gallerie degli Uffizi.

Any use, alteration or reproduction of the image is strictly prohibited.