The battle of Anghiari's graphic fortunes

Graphic works were an extremely useful medium for painters, who used them as sources of inspiration and as models. The sheets depicting the lost episode of the standard by Leonardo da Vinci are no exception and countless printed versions of the episode were produced in the 16th and 17th centuries. The three works on display here refer to three different moments – the first Tuscan, the other two French – in which Leonardo's subject enjoyed well-deserved popularity. Fedi Carboni's etching and burin work was part of a printed tome commonly known as "Etruria pittrice" containing stories of the most important Tuscan masters and illustrations of their most significant works. Haussoullier's etching of a copper engraving in the Louvre, on the other hand, is unique because it shows us a little known version of Leonardo's Battle of Anghiari, reproducing a painting known as the "Timbal copy" after the French artist and collector who owned it (Charles Timbal, Paris 1821–80). The painting has recently been likened to the style of Fernando Yáñez (Almedina 1475 – 1537) (MELANI 2017). Another product of the climate prevalent in Paris is the lithograph by Bergeret, who is considered a pioneer of this technique. Here the artist's attention shifts from the individual episode of the standard to a broader overview of Leonardo's setting based on observation of autograph studies by the Renaissance master. 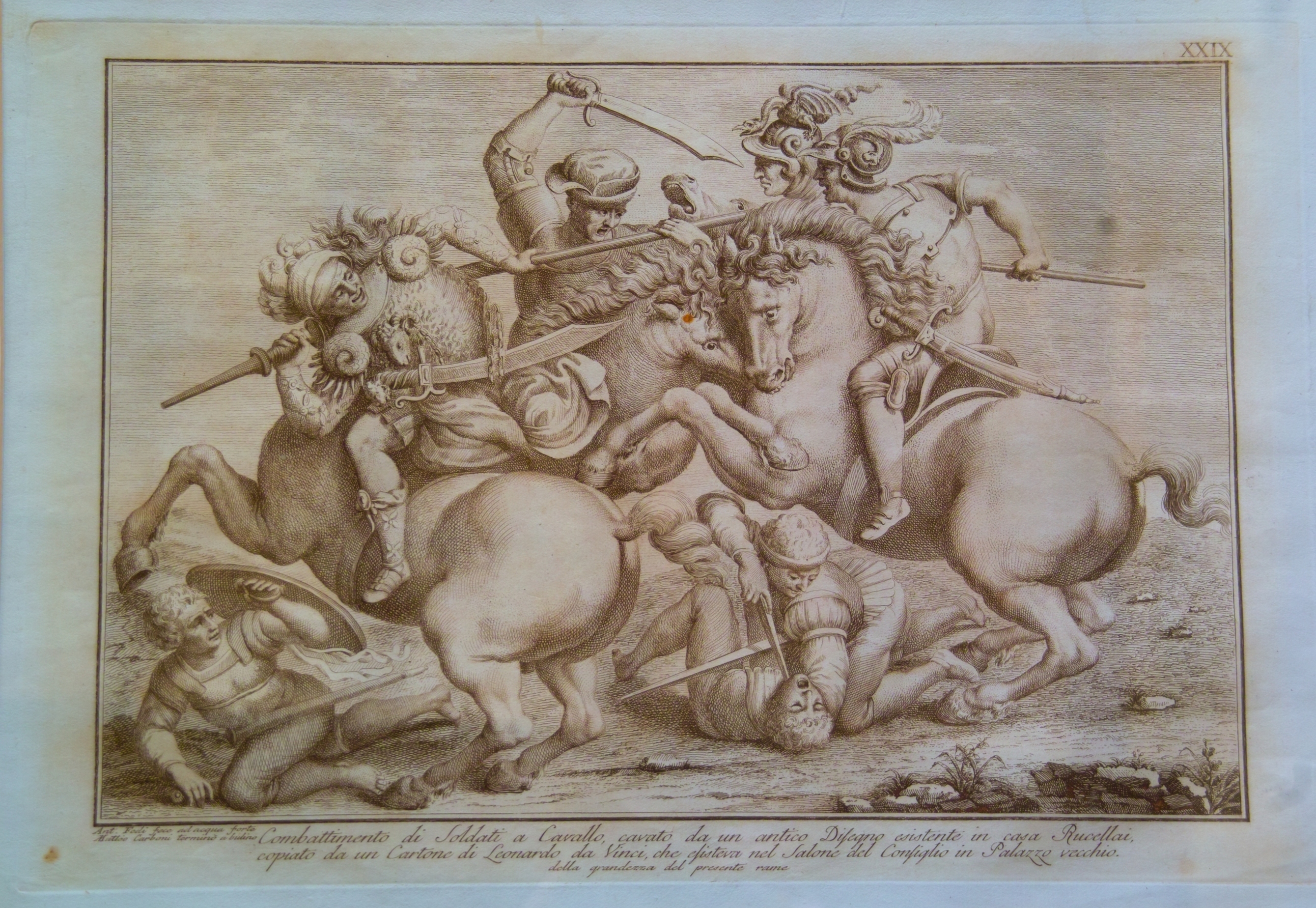 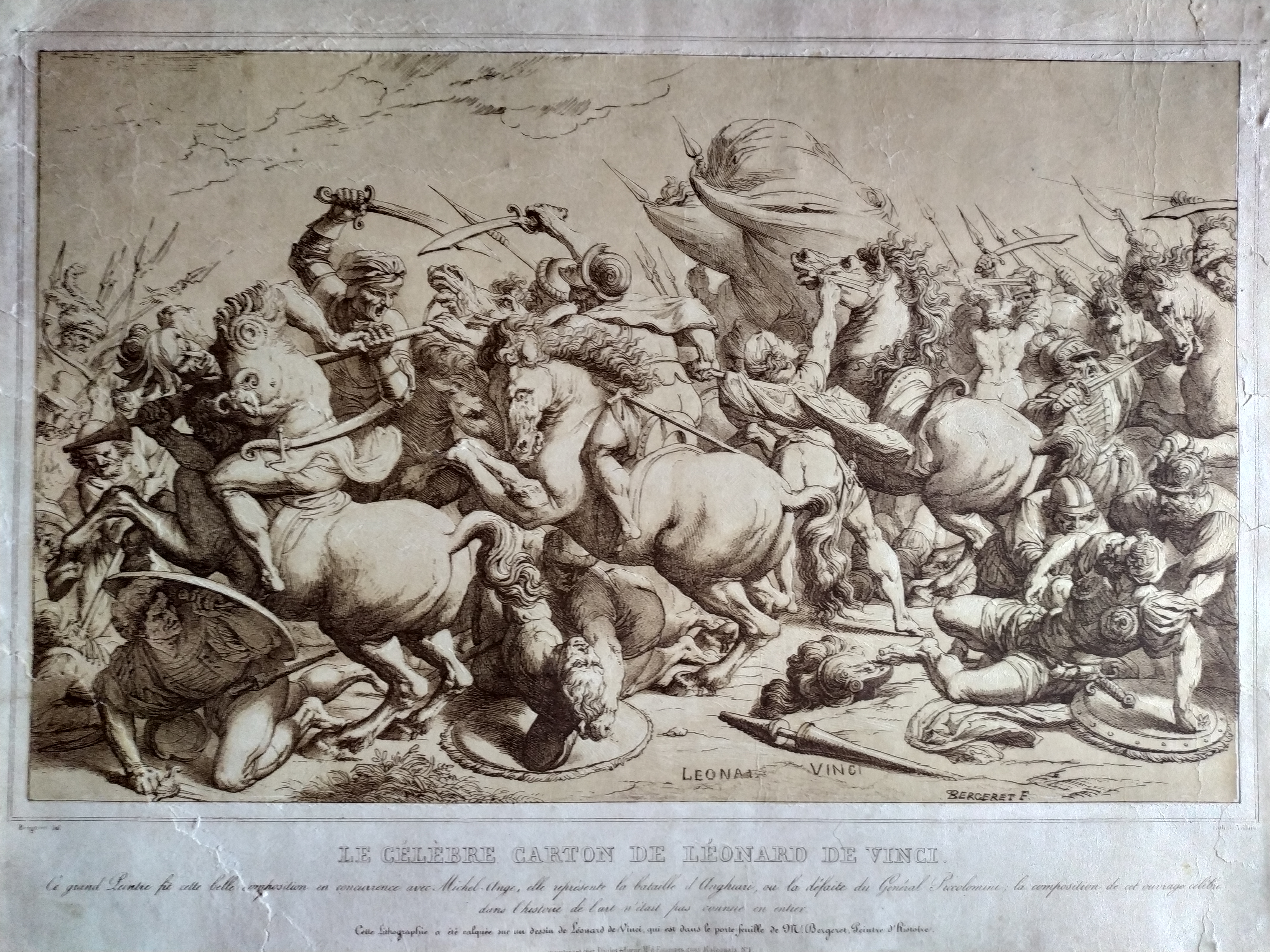 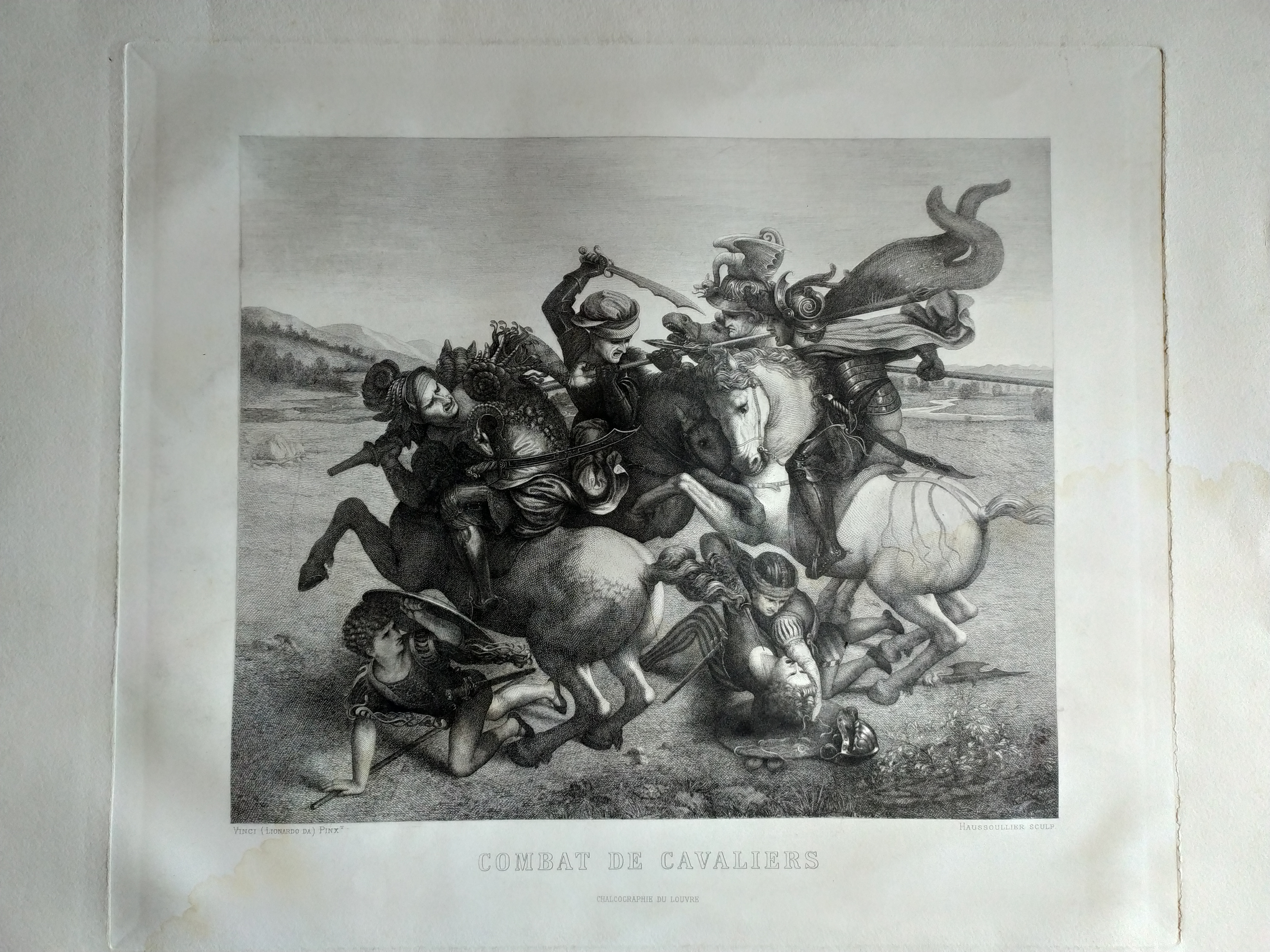 KNIGHTS IN COMBAT AFTER LEONARDO DA VINCI'S BATTLE OF ANGHIARI