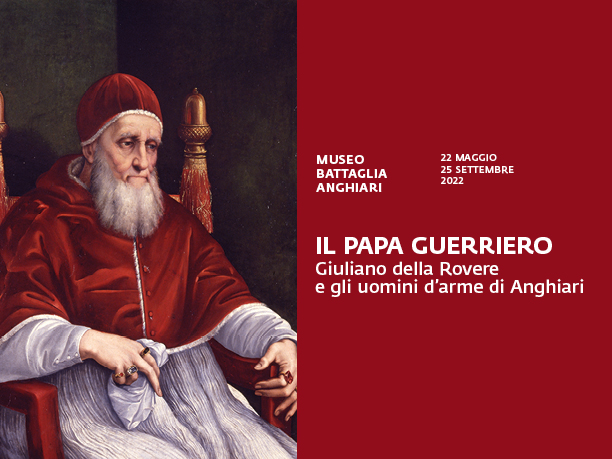 This exhibition follows on from the one entitled THE CIVILIZATION OF WEAPONS AND THE COURTS OF THE RENAISSANCE, started in 2021, and continues to suggests new insights about men of arms, the social class that distinguished Anghiari between the fifteenth and sixteenth centuries. The works from the Uffizi Galleries are important for recounting that period and for describing the success of Leonardo's idea in the representation of cavalry battles.

The Anghiarese men of arms who lived in the fifteenth century had significant contacts with the most cultured and avant-garde Italian circles of the period, revealing a very original situation with unexpected features. These men invested in their own prestige, like their more illustrious counterparts and became the means by which the town redeemed itself from a rural center to a very small court.

The archives lead us to reflect on the actual cultural contribution of these men of arms. They seem the be the few at the time who were able to elevate the intellectual status quo of the fortified village. They were helpers of important construction sites in religious buildings,  patronized chapels and burials for themselves and their families,  commissioned works of art in nearby Florence,  were entrusted with the construction of fortified works still visible today and pursued prestigious marriage policies.

This singular historical context of Anghiari is a unique case in Italy, which today allows the town to have relationships with the most prestigious museums and research centers in Italy.

THE ARTS AND SOCIETY OF THE ANGHIARESE MEN OF ARMS

THE MAZZONI OF ANGHIARI

MAN OF ARMS AND COURTIER

THE BATTLE OF ANGHIARI'S GRAPHIC FORTUNES

THE DEPICTION OF FEROCITY AS A CONDEMNATION OF DISCORD