FROM AUGUST 31, THE CIVILIZATION OF WEAPONS AND THE COURTS OF THE RENAISSANCE

The Art of Governance and the battle of Anghiari

The story of the Battle of Anghiari as it has never been told in Italy before.

The dual nature of this exhibition allows us to discover both the works of Leonardo Da Vinci and the great leaders who defined the historical context of the Battle of Anghiari.

An exhibition that looks at fifteenth century Italy with the aim of highlighting the political and military dynamics, the relationships between the protagonists and the governing bodies.

A dialogue with the visitors describing ”state” politics during the period of the Battle of Anghiari. The relationships between the statesmen Cosimo il Vecchio, Pope Eugene IV, Neri Capponi, Niccolò Piccinino, Filippo Maria Visconti and Francesco Sforza, told visually through their portraits and illustrating the context, thus supplying an ideal historical introduction to the artistic event of the “Battaglia di Anghiari”.

In this context Leonardo Da Vinci's work quite efficiently highlights the “discordia, o vo’ dire pazzia bestialissima” (discord, or in other words the most beastly madness) that pervades the relationships between Italian cities of that period. Two of the most important polychrome artworks of the sixteenth century that vouch for the fame of Leonardo Da Vinci's work on the lost Battle of Anghiari, will also be on display. 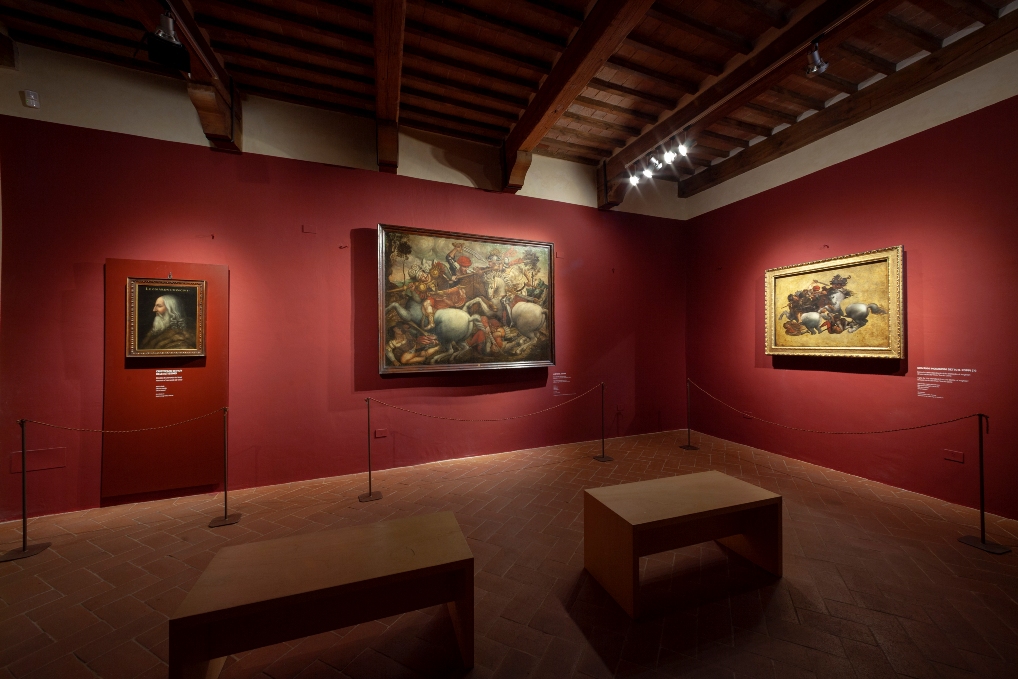